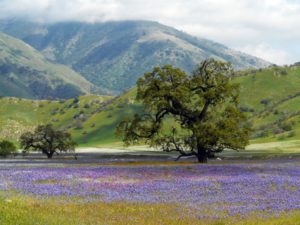 Gov. Brown issued the executive order in tandem with the California Biodiversity Initiative: A Roadmap for Protecting the State’s Natural Heritage. The Roadmap is the result of a months-long collaboration between government agency employees, conservation organizations, and herbaria. The document provides more details on the initiative, including a recommendation to expand programs to prevent and manage invasive species.

As part of this effort, the 2018-19 budget allocates $2.5 million to launch California’s Biodiversity Initiative. In an especially inspiring demonstration of the power of this new commitment, the Governor’s signing of California’s landmark Senate Bill 100 climate change legislation came with a release of an Executive Order specifically requiring that climate change solutions must not harm native plant biodiversity.

Governor Newsom’s draft budget for the 2019/2020 fiscal year includes a Budget Change Proposal from the California Dept. of Food & Agriculture (CDFA) to help implement the California Biodiversity Initiative. Find out more about how you can help secure this funding.