Here are some articles that quote Cal-IPC staff on issues of invasive plant management.

In sunny So Cal, goats are often deployed to graze invasive black mustard. Cal-IPC Science Program Director Jutta Burger explained how invasive plants often thrive in dry conditions and reproduce quickly—so climate change is exacerbating their spread. Goats can effectively clear areas overgrown with invasive plants and potentially give native species a chance to flourish. But she cautions goats must be carefully monitored and controlled, too.

“This super bloom is pretty dangerous: Invasive mustard is fuel for the next fire” – LA Times, Javier Panzar, April 26, 2019

Cal-IPC’s Science Program Director, Jutta Burger, is quoted in this LA Times article about invasive black mustard (Brassica nigra) in the Santa Monica Mountains, which may provide fuel for future fires. The tough plant germinates early in winter before native plants have taken hold, shoots up to over 6 feet tall, hogs the sunlight with its thick stalks and lays down a deep system of roots that out-competes native plants for water. The weeds tend to dry up by July or August and, along with invasive European grasses, serve as kindling during Southern California’s long wildfire season, according to experts. Mustard plants lay down thousands of seeds and are one of the first plants to spring up after a fire. It’s a vicious cycle.

A Guardian article on the battle over California’s eucalyptus trees features two Cal-IPC staff members – in comic form! “Eucalyptus defenders say their beloved, fragrant trees are no more flammable than any other vegetation – and that to target them is a biased nativism. Those who would remove them say the trees have invaded local ecosystems, presenting massive fire risk and ecological destruction… Defenders and opponents each say that science and history are on their side.”

Read the full comic, including quotes from some familiar (kind of) faces. 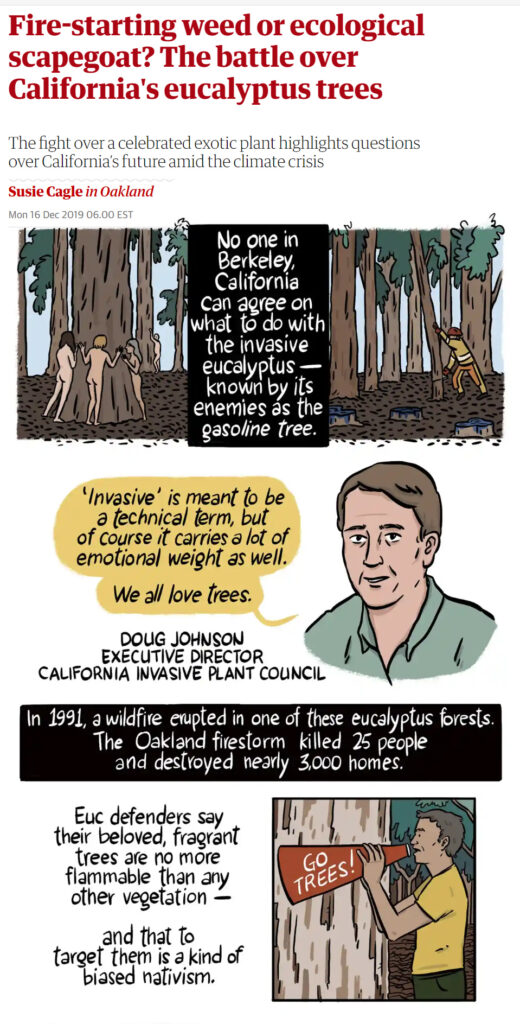 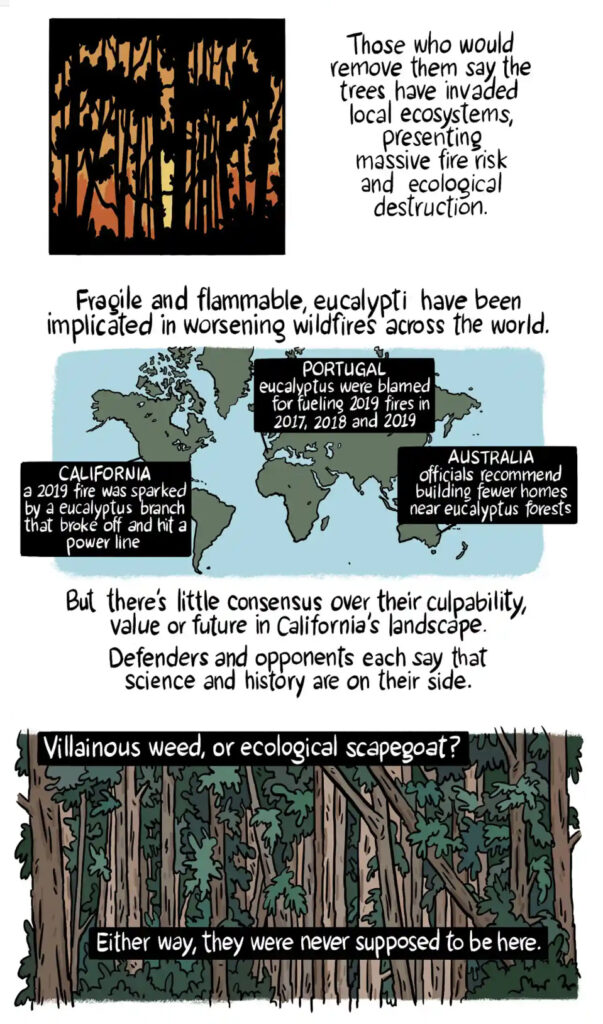 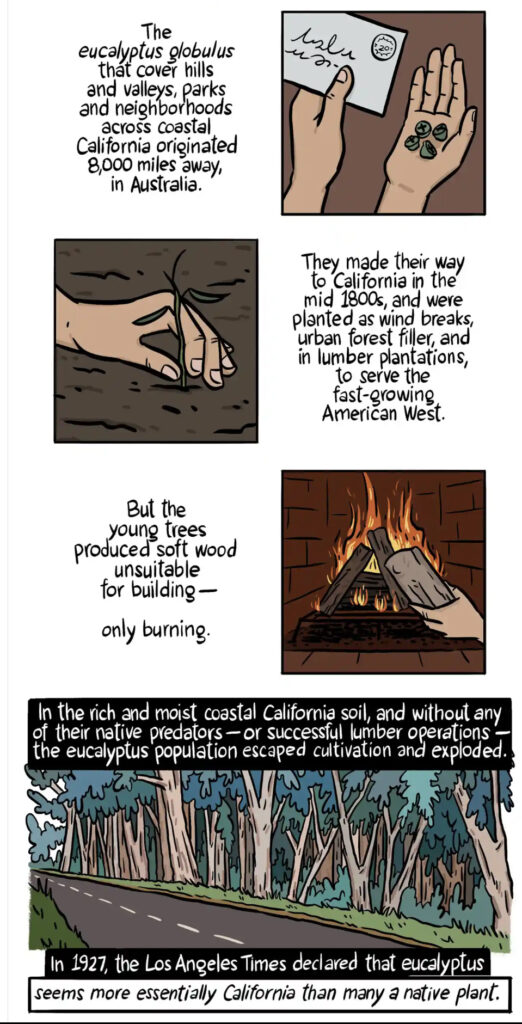 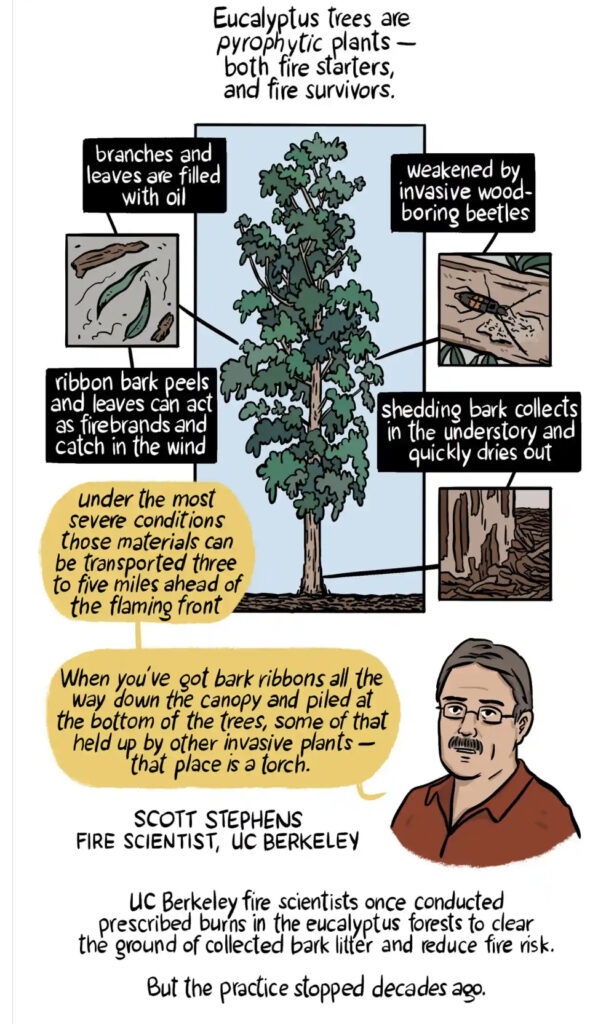 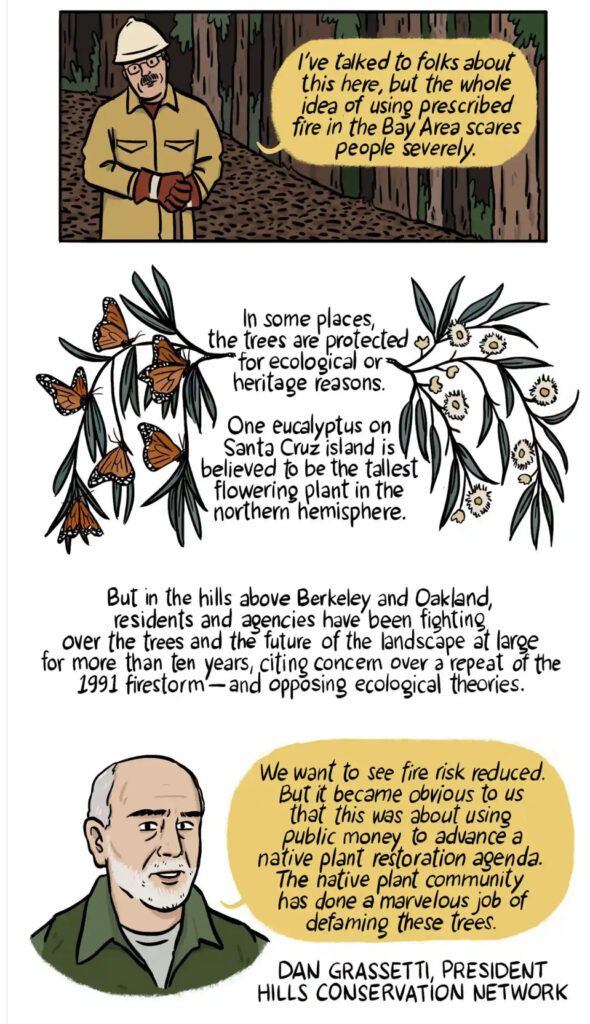 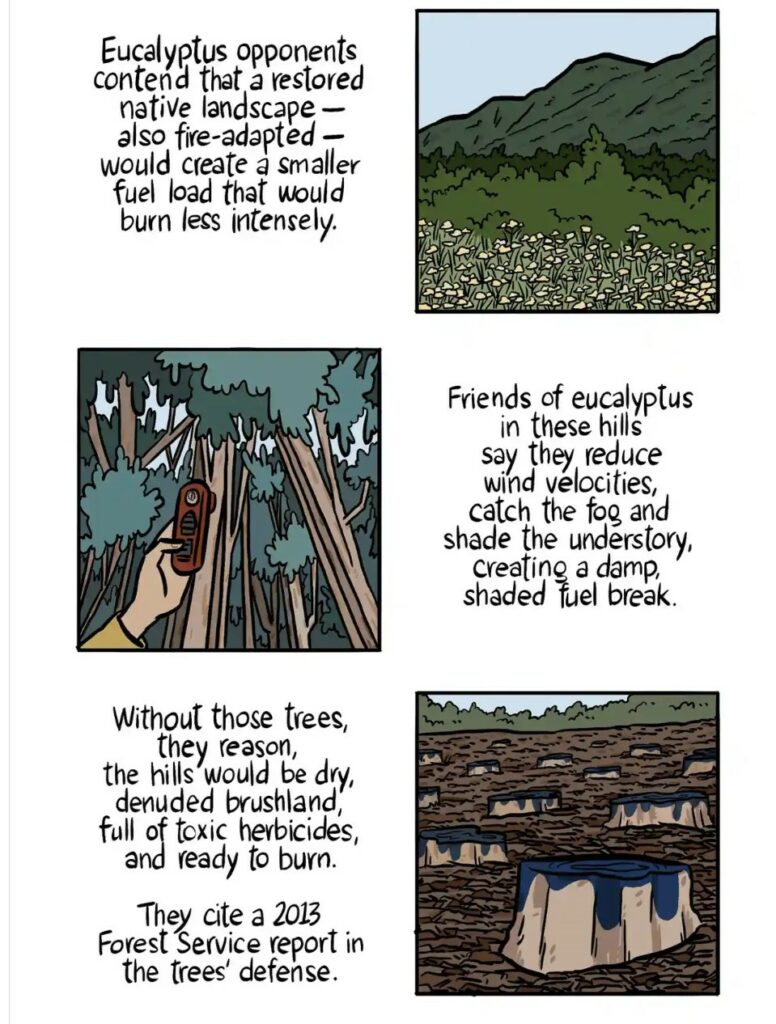 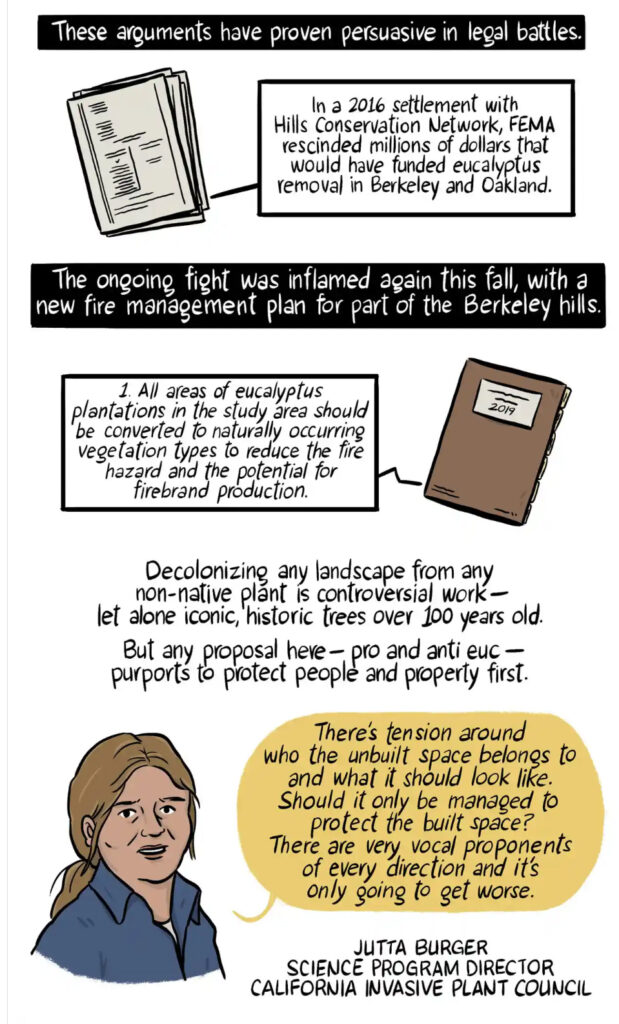 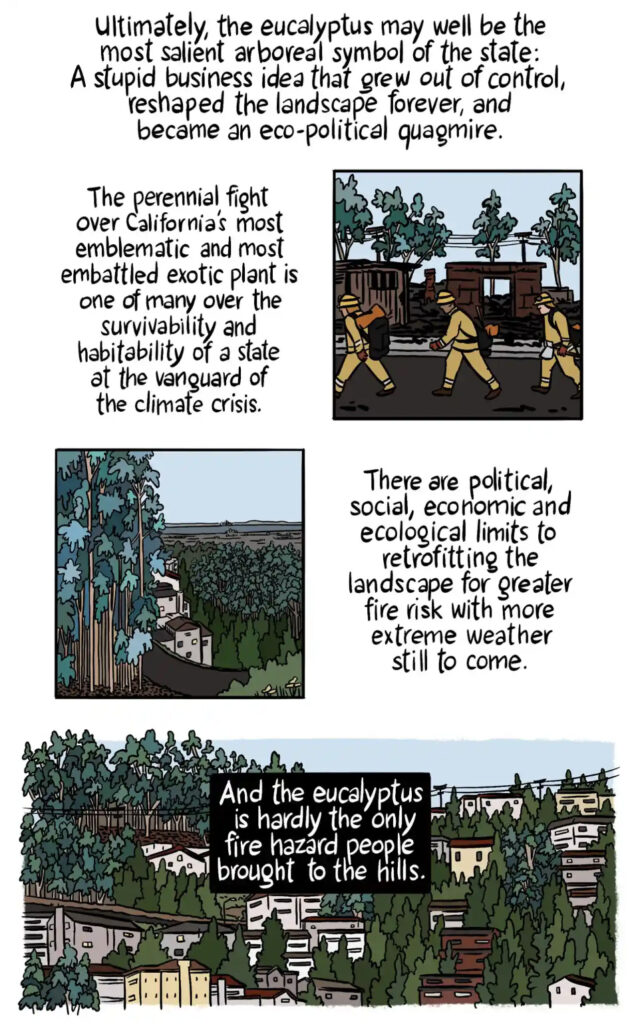