Cal-IPC and partners prioritized Algerian sea lavender (Limonium ramosissimum) and European sea lavender (L. durisculum) as top priorities for removal to protect San Francisco Bay tidal marshes. These plants are found in several other locations along the California coast (for instance, Morro Bay, Carpenteria Marsh near Santa Barbara, and San Diego), and are a prime candidate for early eradication before they spread further. California’s salt marsh habitat is home to a unique assemblage of plants and wildlife, and much of this habitat has been lost to development. Few weed species can thrive in this habitat, but sea lavender is spreading aggressively so it is critical that we address it before it becomes too widespread to control. The effort in San Francisco Bay is aimed at full eradication if possible. However, each sea lavender plant can put out thousands of seeds that float, so we will have to gauge effectiveness as removal efforts progress. There are some fifty known locations around the Bay, many of them small. After our first two years, we have brought a dozen of the largest sites under management, representing 50% of the infestation by area. In years 3 and 4 we plan to expand our reach to bring 90% of the area under management. 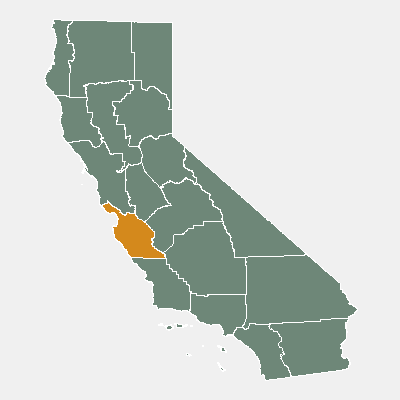 Eradication of invasive sea lavender from San Francisco Bay. This will likely take a decade or longer.